On September 27, 2019, PHILAFILM, the 42nd Philadelphia International Film Festival & Market screened "333" to its audience of loyal, discriminating patrons at the historic, AFRICAN AMERICAN MUSEUM IN PHILADELPHIA. PHILAFILM's Patrons and Friends are accustomed to the Festival's yearly menu of outstanding, independent filmmaking.  Delivering on expectations was 2019's "333," a feature-length documentary film from SABATIER FILM GROUP and Malian Manuscript Foundation.

Produced in the countries of MALI (NW Africa), and the United States, "333" is a stunning success in filmmaking from Executive Producer Michael Covitt, CEO of both the Foundation and the film company.    From the 12th through the 16th centuries in Mali, almost a million Manuscripts were written about nearly every science under the sun.

Written by a unique class of scholars known as “Ambassadors of Peace,” who daily before sunrise for nearly a thousand years have sat in a forum called the "Circle of Knowledge" imparting Manuscript wisdom to their followers.  The Manuscripts set forth the basic tenets of Islam.  One of the ideas that the Manuscripts and “333” offer is a roadmap to peace, via the peaceful resolution of conflict through dialogue.

ISLAM, by way of the "Manuscripts," is a peaceful religion that is easily navigable by the average Muslim, regardless of age, gender or station in life. But it serves the rest of humanity by providing us all with the same roadmap to peace. This film, then educates the viewer about a country, MALI, a religion, ISLAM, and the means by which positive social interaction and political compromise is achieved.

Indeed, the Tenets imposed by the Koran and defined in the "Manuscripts," as seen in “333,” have a universal application.  Hundreds of wars and countless millions of people have perished from ignorance and loathing.  “333” calls instead for friendship and love, not intolerance and hatred.

PHILAFILM's Panel of Jurors awarded "333" its coveted, Jurors Panel Award in the Feature Documentary Category, International Market Section. This award was last presented by the Panel in 1997.  PHILAFILM's Festival Committee agreed to continue its support of "333" by way of new screenings and publicity on the Festival's website and Social Media Links. 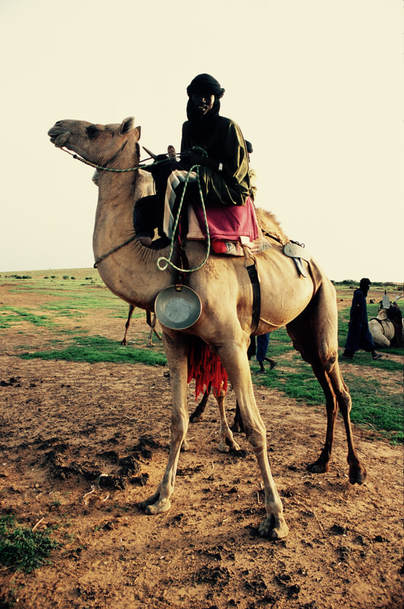 "333 is at once a POWERFUL documentary and an impactful educational film that must be globally viewed to further world peace. What is even more, this film is about the many endangered ancient Islamic manuscripts in Timbuktu, Mali, that teach tolerance and dialogue at a time when the religion is widely viewed as violent.  In my humble opinion, preserving and propagating these manuscripts is a must for all who desire peaceful inter-faith and international relations.  Let us then commit ourselves to this noble mission by helping fund the Malian Manuscript Foundation under the proven capable leadership of Michael Covitt."
~Dr. Hooshang Amirahmadi
Presidential candidate in Iranian elections,
Founder and President of the American-Iranian Council, Professor at the Edward J. Bloustein School of Planning and Public Policy at Rutgers University. 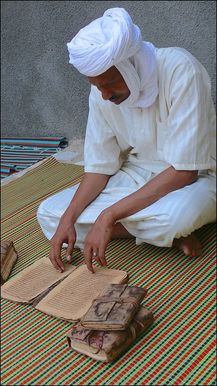 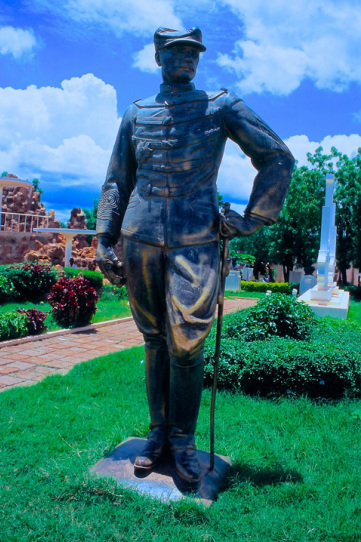 "With the Middle East and North Africa spiraling out of control there has never been a better time to remind people how conflict has been resolved in Mali for 1,000 years.  This predominantly Muslim country has a tradition of conflict resolution that is timeless and brilliantly portrayed in the film "333."  Beyond the extraordinary cinematography and original music, this film has an IMPORTANT message to all of us that there is a way to solve issues without the use of force.  If there was a time for a film like this, it is now when there's still time to pull back from the brink."
~ Gen. Richard B. Myers USAF (Ret.)
Retired Chairman of the Joint Chiefs of Staff
Board Member, international corporations 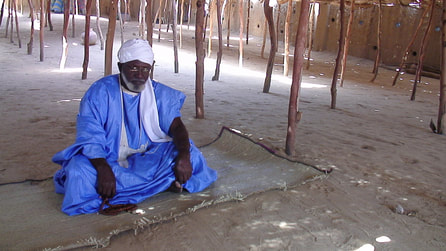 "Having known the Founder of the Malian Manuscript Foundation, Michael Covitt, for a good number of years, I can say with an honest heart that I know of no-one else in the world more dedicated and more passionate to preserving these ancient remnants of wisdom from a forgotten age. As the REMARKABLE and unforgettable film 333 makes clear, these manuscripts in many ways transcend their original cultural provenance, and now share, as it were, in the common inheritance of all of mankind.  I unreservedly encourage everyone interested in these priceless and irreplaceable artifacts to assist this great work of world-historic preservation with whatever means available to them."
~ Benjamin Harnwell
Hon. Secretary, Working Group on Human Dignity in the European Parliament
Founder and President of the Board of Trustees, Dignitatis Humanae Institute
Counsellor, Pontifical Academy of Sciences
Dignitatis Humanae Institute www.dignitatishumanae.com/ 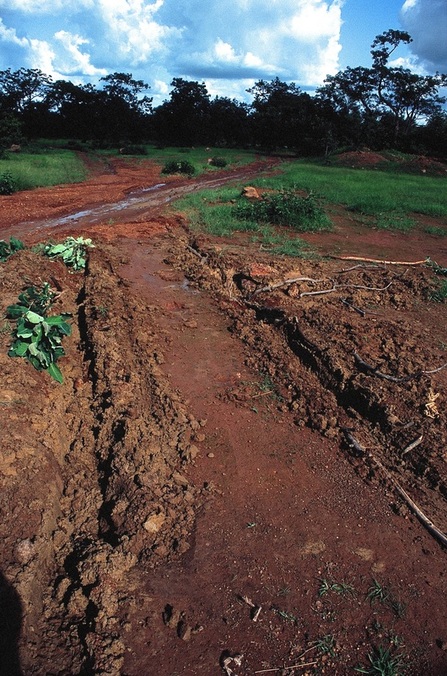 "For Centuries, Timbuktu provided rest along side the Niger River for travelers journeying across the African Continent.  From the 12th through the 16th centuries, Mali became an intellectual haven for Islamic scholars.  The manuscripts produced during that time have survived centuries of unprotected storage in Timbuktu and only recently came to the attention of the world community. Michael Covitt was one of the first to recognize the value of these documents, not only as historical artifacts, but also as true Islamic manuscripts professing peaceful resolution of conflict and a world of tolerance, understanding and the dignity of mankind.  Through his passion and determination, he led the way in increasing awareness of the documents around the world, digitizing the manuscripts for scholars to study, and preserving the original documents in a proper, climate controlled environment.  His documentary film, '333,' is a SUPERB film about the region, the manuscripts, and the message of peace.   In a time when the teachings of Islam are being perverted and conflict appears to be the preferred action for many extremists, the Malian Manuscripts provide a better solution for mankind.  Thank you, Malian Manuscript Foundation, for taking the lead in preserving, promoting, and educating the world about these treasures."
General Carlton W. Fulford, Jr., U.S. Marine Corps (Ret.)
Served as:  Director, Africa Center For Strategic Studies;
Deputy Commander, United States European Command; Director, The Joint Staff 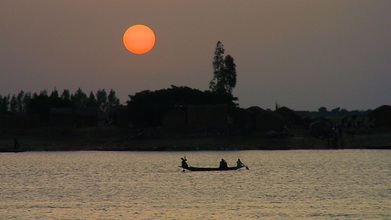 "333 is a surprising IMPACTFUL film about the efforts to preserve the ancient Malian Manuscripts.  It educates the viewer about the Manuscripts and the efforts to preserve them while showing the wisdom of the ancients that created them and their relevance to our world today."
~ Frank J. Biondi, Jr.
Board Member of numerous international companies.
Former Chairman & CEO of Universal  Studios, Inc., Former CEO of Viacom, Inc. 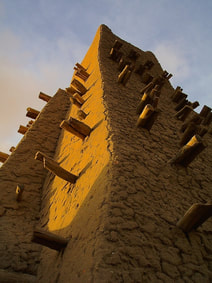 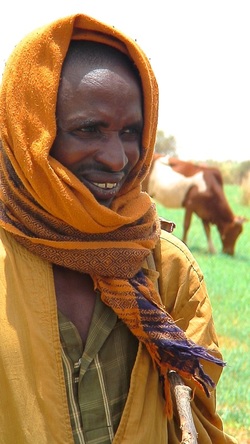 ~ David Amram - Composer of the scores of:
The Manchurian Candidate, Splendor in the Grass, & 333 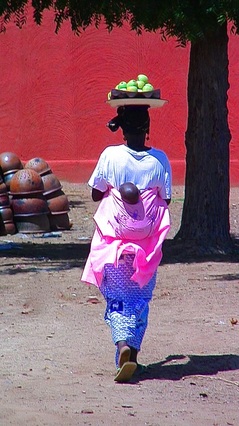 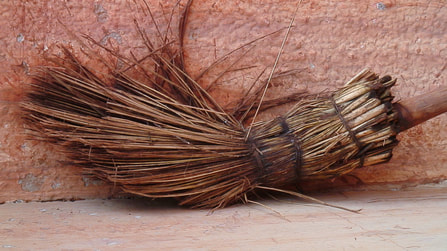 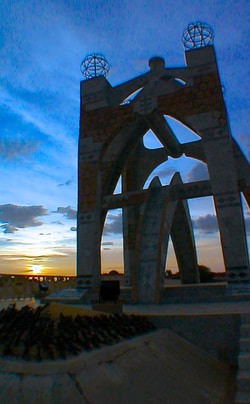 ﻿333 is an impeccably crafted documentary film.   Its message about settling disputes is vital to mankind’s survival, its production is FLAWLESS, and its timing is spot-on.  What Malian Manuscript Foundation is doing to save and preserve Mali’s treasure trove of knowledge should be nurtured by all.  And not a single person should miss seeing 333."
~Lucy Jarvis - President & Producer Jarvis Productions  Awarded: 6 Emmys,
3 Christos, and 2 Peabodys 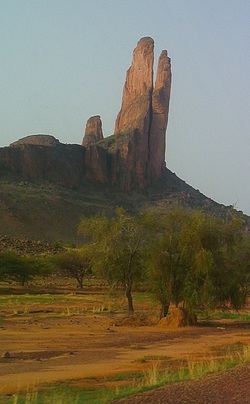 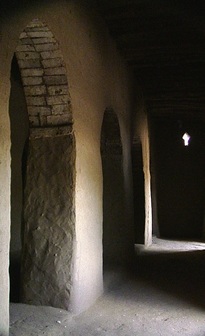 "The most important and dangerous battlefront in the world today is between the extremist terrorists who are bent on destroying Islam’s moral, spiritual, intellectual and artistic heritage  — all part of our collective human legacy — and those who are bent on protecting it. This BEAUTIFUL film movingly captures and dramatically highlights that battlefront as well as the news events surrounding it, and underlines our collective duty to protect and guard this important legacy."
~ Imam Feisal Abdul Rauf
Founder and CEO
The Cordoba Initiative
Bridge builder between the West and the Muslim world.
Named one of the 100 most influential people in the world by Time Magazine. 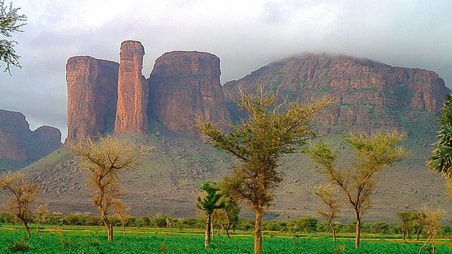 "333 should win the Academy Award for the Best Documentary Film.  This GROUNDBREAKING documentary should be required viewing for every person of every age, everywhere.”
~  Chaim Litewski
Director of United Nations                   Television
Award-winning documentary film- maker 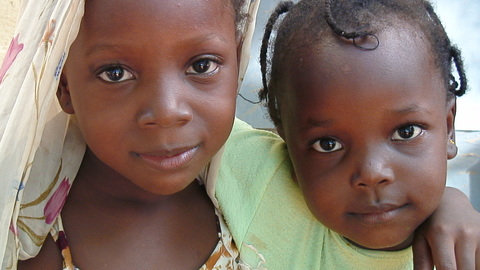 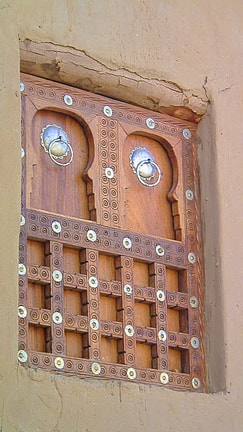 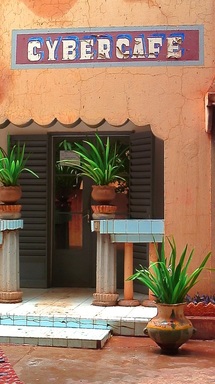 "What a GREAT film !  '333' opens the doors to a new understanding of Islam, and of the peaceful resolution of conflict through dialogue which the people of Mali have practiced for centuries.  If everyone in the world could see this film, conflicts would be talked through instead of bombed out."
~ Ken Hatley - President & CEO
Ken Hatley & Associates, Inc.
Multi-award-winning music, film and TV producer 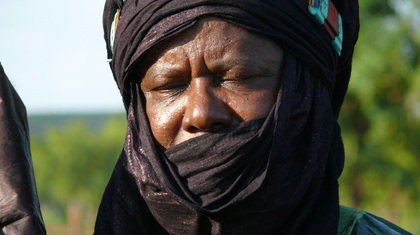 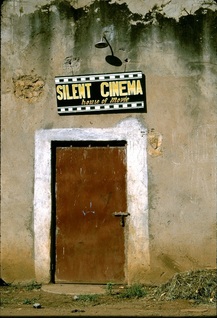 "I cannot think of one single person on this planet who would not benefit from viewing 333.  It is one of the most ENLIGHTENING and heartfelt films I have ever seen. I suspect that 333 might cause even the terrorists to see the light."
​ ~ Elliot Scheiner
Multi Award Winning Engineer & Producer
25 Grammy and 4 Emmy Nominations
Recipient: 8 Grammys, 2 Emmys 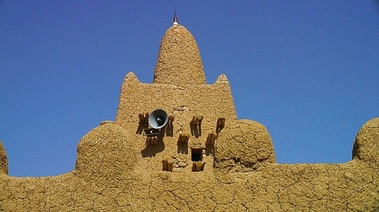 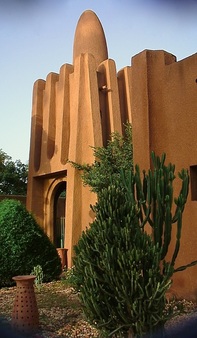 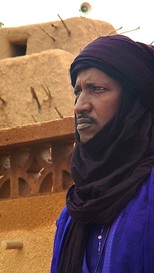 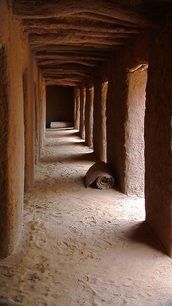 "The 333 trailer was COMPELLING to watch, and Michael Covitt was attention-grabbing.  I hope to see the completed 333 film in the very near future.  And we  hope Michael will soon return to CAI, to keep us abreast of all that is happening in Mali."
~ Dr.Eric Cline -Director
Capital Archaeology Institute
The George Washington University, Washington, DC 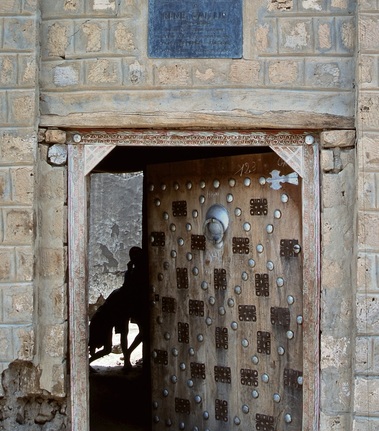 "The film "333" documents with color and care the tradition of dialogue, tolerance and forgiveness practiced by the Sufis of Mali. In a world where conflict, often brutal, is undermining opportunity and growth for far too many of the world's citizens, this film offers insight and HOPE."
~ Honorable Jerry MacArthur Hultin
Senior Presidential Fellow, New York University
President Emeritus, Polytechnic Institute of NYU
Former Under Secretary of the United States        Navy 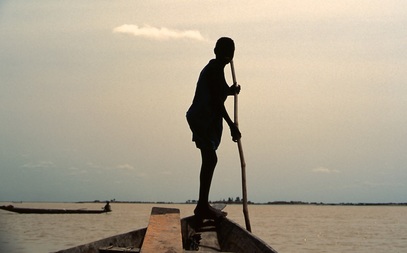 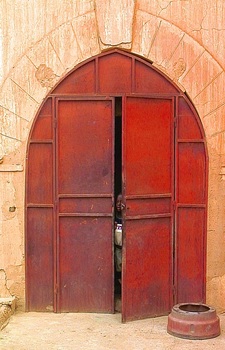 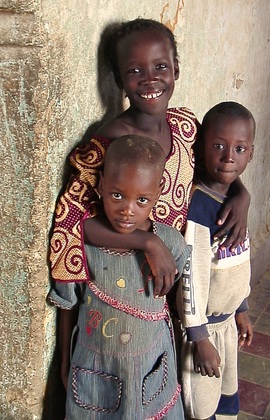 "Farmingdale State College has now had two screenings of 333 due to the interest created by the first screening.  The film is truly inspirational, THOUGHT-PROVOKING and beautifully produced. The Q and A session following the screenings, during which students, faculty and staff asked questions and made comments inspired by the film, was a testament to the fact that the film’s depiction of the people of Mali and their approach to life, the religion of Islam, and the diversity in modern society, changed minds and hearts across our campus."
~ Lucia Cepriano - Provost
SUNY Farmingdale State College
Farmingdale, New York 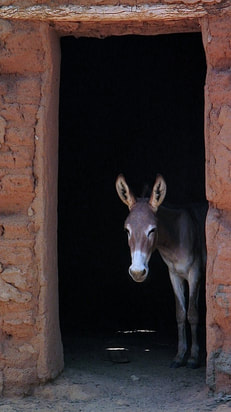 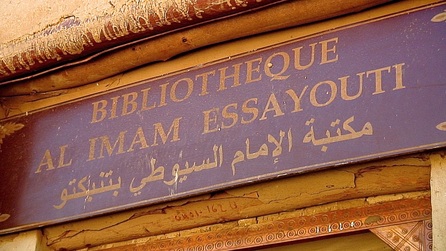 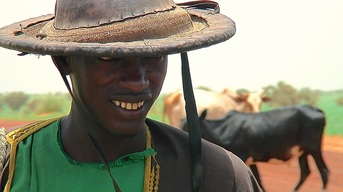 “Thank you so very much for screening your documentary 333 for students and faculty at St. Francis College.  It is an EXCELLENT film and the topic could not be timelier. It is important that youngsters and educators the world over have the opportunity to view 333, as its message about the peaceful resolution of conflict through dialogue will provide a firm foundation for their lives, and that is urgently needed, everywhere.”
~ Thomas J. Volpe
Chairman Emeritus
St. Francis College, Brooklyn, NY
Formerly:  Senior Vice President, Financial Operations of: The Interpublic Group of         Companies Inc., & Vice President & Treasurer of Colgate-Palmolive Company